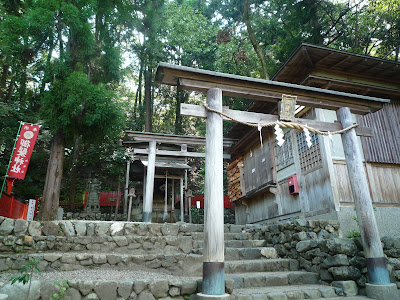 Do you know that there is a shrine to honor HAIR. It was a really small shrine, but the only one in Japan. I visited there with my family. For generations, our family members have been conscious of our thin hair, both male & female. So, we were happy to find such shrine by accident. We found it when we were waiting for a train to join a river cruising. I felt that kind of encounter added a little spice to a trip. Since it was the only shrine which is for hair, famous wig companies or hair studios donated money to this shrine. It seemed quite “Japan style” for me.

<Overview>
This shrine enshrines Fujiwara Unemenosuke Masayuki, who was one of the noblemen. In the 13th century, his father, Fujiwara Motoharu served the emperor Kameyama. At that time, he lost treasures in his territory. He began a quest and travelled to the western part of Japan. He finally settled down in Shimonoseki in Yamaguchi prefecture, and his son, Masayuki became a hairdresser as a regular vocation. That was the origin of the god of this shrine. There is a tumulus of hair here, since hair is regarded as the very important thing for human being because it is on the very top of human which is offered by the world spirit. It protects our important brain, and we have to appreciate the great gift from the god.


<High Spots>
When you visit here, I would like to suggest these;

-      To pray for the business success if your business is related to hair.
-      To appreciate the god that we have hair in this opportunity.
投稿者 Small Japan 時刻: 5:26 PM
ラベル: June, KYO: Shrines, Kyoto, Mikami Jinja Shrine
Newer Post Older Post Home